Followed by weekends only until June, 12 - 6pm 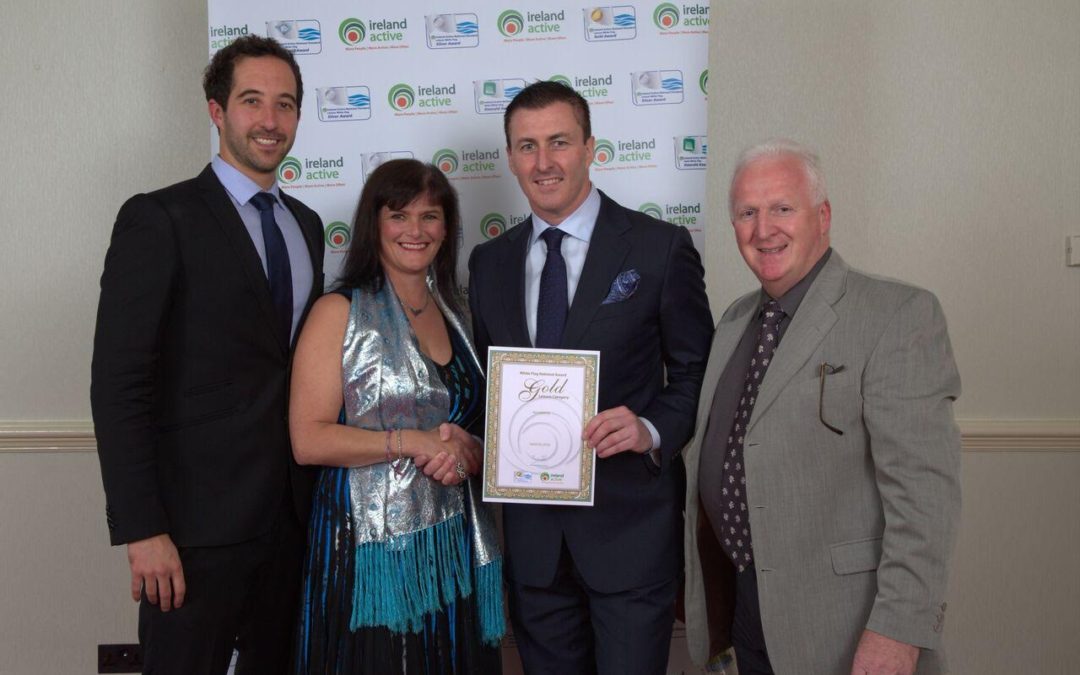 Waterworld Bundoran, Ireland’s Premier Indoor Aqua Adventure Playground, has once again been awarded the only White Flag for County Donegal. The Ireland Active ‘Gold Standard Award’ was presented to Waterworld General Manager Anderson Keys and Duty Managers Noreen Sweeney and Tom Losey at a ceremony recently in the Slieve Russell Hotel in Cavan.

Chief Executive of Donegal County Council Seamus Neely and operators of Waterworld, said he was delighted with yet another award for its Bundoran facility.

“The White Flag National standard is a best practice management framework to provide good quality facilities and services to the consumer in a safe and hygienic environment and I’m happy to say our facility in Bundoran has risen to that standard yet again.

“This award grades facilities’ operational standards, similar to the Blue Flag award which classifies Ireland’s beaches, and it is fast becoming the most sought after accolade in the leisure industry! It is the only industry specific award for the Irish Leisure and Spa Industry and we are delighted Water World is maintaining its impressive record in this area

“This success is a fantastic way for staff not only to be acknowledged for the excellent job they undertake daily in this facility but also to be recognised amongst their peers in the industry,” he said.

General Manager of Waterworld Bundoran Anderson Keys added “We are very proud that our staff and facility have once again been awarded this Gold Standard accolade. We pride ourselves on this achievement and work hard each year to ensure that our facility maintains its high standards so that all of our visitors can have an enjoyable, and importantly, safe visit to Waterworld and Seaweed Baths facility. Thanks to the staff here at Waterworld who have once again made this possible and to the Waterworld Directors who endorse and recognize the value of this award to the company’s operation, profile and development.”

In 2016, Waterworld will celebrate its 25th year of operation in Bundoran.